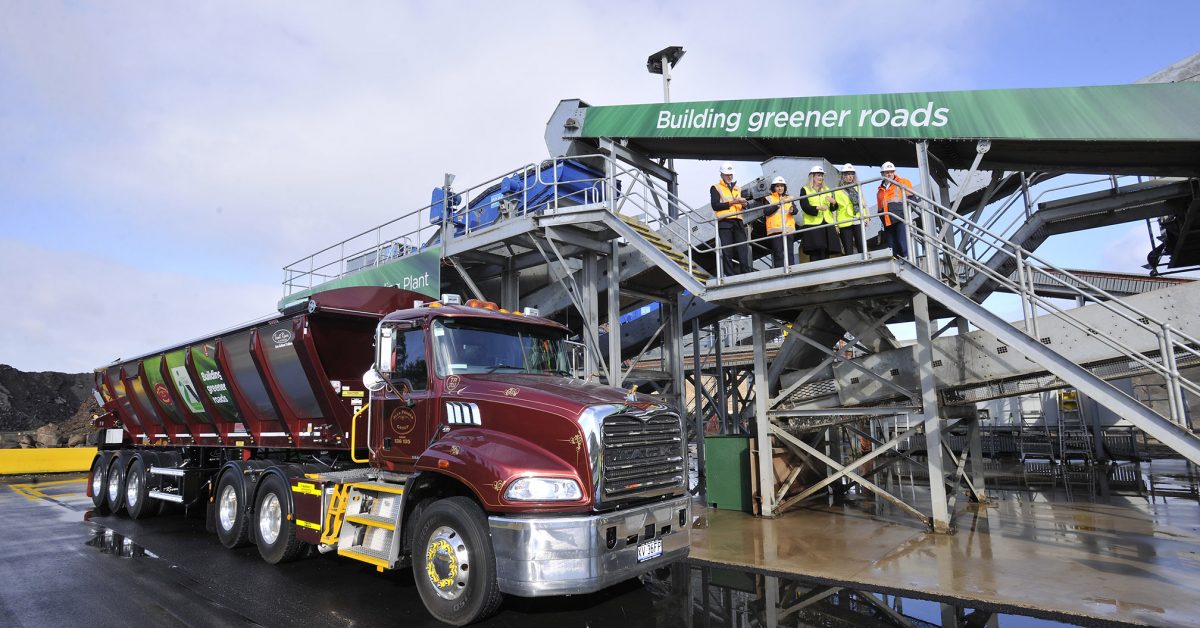 It is unusual for businesses to stand the test of time and celebrate over a century in operation. This year marks the 140th anniversary for Alex Fraser, one of Australia’s leading providers of recycled construction materials.

Not many Australian companies have 140 years of operation behind them. Such a milestone is even more extraordinary when you consider the enormous changes that have occurred over the past century – from two world wars to some of the most challenging economic recessions.

Alex Fraser is one organisation that recently hit that 140-year milestone, attributing its long history of success to investment in its people and its business. As a result, the company was able to swiftly respond to major shifts in material usage and keep pace with changing community expectations.

While the company is synonymous with building a sustainable construction sector, its humble beginnings were in the metals sector.

In 1879, Alex Fraser was a founding member of a metal broker firm, in Queen Street, Melbourne, run by the Melbourne Metal Exchange (MME).

With the price of metal fluctuating on an almost daily basis, Fraser and his fellow MME members controlled the entire output from Barrier Mines as well as other important mines throughout the country with silver, lead, zinc and tin the principle metals.

In the early 1920s, Fraser made the decision to retire and return to his country of birth, leaving the business to a clerk employed with the company – Archibald McKellar. McKellar’s 11 years with the business helped him grow the business throughout the Great Depression and eventually take over as owner.

With the passing of McKellar Snr, his son Archie took over after World War II in the 1950s. Margins were difficult at the time and with stiff competition in the tin and lead business, McKellar Jnr set looked for new opportunities, starting with the demolition and recycling of metal from returned fighter jets and tanks from the war.

Many of these initial opportunities saw Alex Fraser become a pioneer in commercial recycling, including plastics and dry nylon recycling. During the 60s and 70s, demolitions became a prominent activity for Alex Fraser and by the late 70s, its primary industry.

The early 80s marked the beginning of a new age in Alex Fraser’s recycling story as it embarked on one of its most ambitious projects yet. Led by Jamie McKellar and his brothers Robert and Peter, the family’s third generation began to transform large quantities of construction and demolition (C&D) waste, like concrete, asphalt, brick and stone, into new construction resources such as aggregates and roadbase.

With the establishment of its first concrete recycling site in Port Melbourne, Alex Fraser started to grow its employee base from an initial few to more than 260 across five recycling plants in Queensland and Victoria.

Alex Fraser Asphalt was launched in the 1990s. It quickly expanded to include two high-capacity asphalt plants on opposite ends of Melbourne’s metro area and five asphalt crews renowned for their quality workmanship and reliability.

Together, Alex Fraser’s recycling and asphalt operations work with local governments, contractors and asset owners to build greener roads throughout Melbourne and Brisbane, reducing the carbon footprint of construction by up to 65 per cent.

Alex Fraser went from strength to strength, winning the Western Ring Road and Albert Park Grand Prix track projects and laying the foundations of Melbourne’s Crown Casino. As of 1987, it was responsible for almost half of Victoria’s C&D recycling effort.

By 2008, Alex Fraser became a major recycling enterprise, having produced 20 million tonnes of sustainable construction materials. Peter Murphy, who has been with Alex Fraser for more than 15 years, transitioned the company into its next phase of growth, stepping up to the role of Managing Director in 2011 after the company changed hands to John Swire & Sons.

Peter’s background in logistics drove Alex Fraser’s commitment to reliability, ensuring responsive delivery to its valued customers. He and his team consistently benchmark locally and internationally which has helped foster a culture of innovation and best practice at Alex Fraser.

It is now responsible for producing up to four million tonnes of sustainable construction material per annum, recovering millions of tonnes of demolition and glass waste and paving more than 1000 kilometres of green roads every year.

Peter credits the company’s innovation and agility to its people who are always looking for the next improvement, and to strengthen long-term relationships with customers and regulators.

“We work hard to provide reliable services, so our customers can get their projects done on time, on spec and on budget. On all our customer projects, supply timelines are integral to performance. If we can give them a high volume of consistent material, their project will be more efficient,” Peter explains.

He says that it was rewarding to see the efforts of Alex Fraser’s people recognised last year with the company winning the Waste and Recycling Award at the Victorian Transport Association Australian Freight Industry Awards.

“The prize commended our game-changing glass recycling operation that diverted hundreds of thousands of tonnes of waste from landfill and provides resources that are badly needed to fulfil Victoria’s multi-billion-dollar infrastructure pipeline,” Peter says.

“It also substantially reduces heavy vehicle movements. There’s plenty of talk about recycling lately. We’ve been doing it for a long time on a large scale and have continued to innovate and invest.”

Of course, none of Alex Fraser’s achievements would be possible without its continued efforts to improve the end markets for recycled materials. The company conducts ongoing research and development with partners including CSIRO, Australian Road Research Board, Melbourne’s RMIT, Melbourne University and Swinburne University. Testing over an extended period on materials and pavements demonstrates that recycled aggregate matches, if not exceeds, the performance of the equivalent virgin material.

Part of its ongoing work is liaising with individual local government areas and businesses to educate them on the environmental and commercial benefits of using recycled material.

Peter says that as natural resources deplete and quarries move further afield, transport costs increase sharply.  Recycled materials are not only a sustainable option, but often the most economical.

Alex Fraser’s desire to benchmark recycled materials led to a decision to partner with RMIT Centre of Design and conduct a life-cycle analysis of its recycling operation compared with a quarrying operation.

In May 2008, the results of the RMIT research were released indicating the carbon footprint of recycled crushed concrete is 65 per cent less than equivalent quarried material. These findings have subsequently been independently verified in accordance with international standard ISO14040.

“Demand is increasing and the constant challenge is to ensure that all of these major projects happening across the country are aware of sustainable alternatives,” Peter says.

“The consistent quality, compaction, transport and density benefits of recycled construction materials are well recognised as presenting substantial savings to construction costs, so they are well supported across the sector.”

He says that Alex Fraser’s recycled road base and aggregates comply with road building authorities’ specifications, such as VicRoads and Queensland’s Department of Transport and Main Roads, and the vast majority of local governments also support the use of recycled content.

“VicRoads has a strong track record of choosing recycled materials for some of its biggest projects, including the M1 and M80,” Peter says.

Last year, Alex Fraser developed PolyPave™ – a high-performing asphalt product containing recycled materials, including plastic, glass and RAP. Melbourne’s City of Yarra was the first of many councils to incorporate the new material in its roads through a resurfacing project in late 2018.

Peter says that Alex Fraser has been planning for the long term and sets a very high benchmark in operating standards for its sites.

“This includes ensuring our operations are ‘not seen and not heard’ through extraordinary measures to address air quality management, acoustics, traffic and visual amenity as well as constantly working to reduce the carbon footprint of our own operations and our customers’.”

Peter says that Hanson’s ownership strengthens the viability of recycled materials, with great synergies between the two businesses.

“We are working together to improve efficiencies at Alex Fraser and Hanson, including recycling Hanson materials.”

As for the future of Alex Fraser? The company has continued to invest and aims to expand its capabilities with new materials and new locations.

“The new integrated facility at Laverton is a demonstration of a thriving circular economy at work. It has answered a long-standing question around how successfully waste materials can be recycled into quality resources for greener roads.”

Peter says that Alex Fraser will continue to be agile, evolving its business to align with community needs as it works towards another prosperous 140 years.