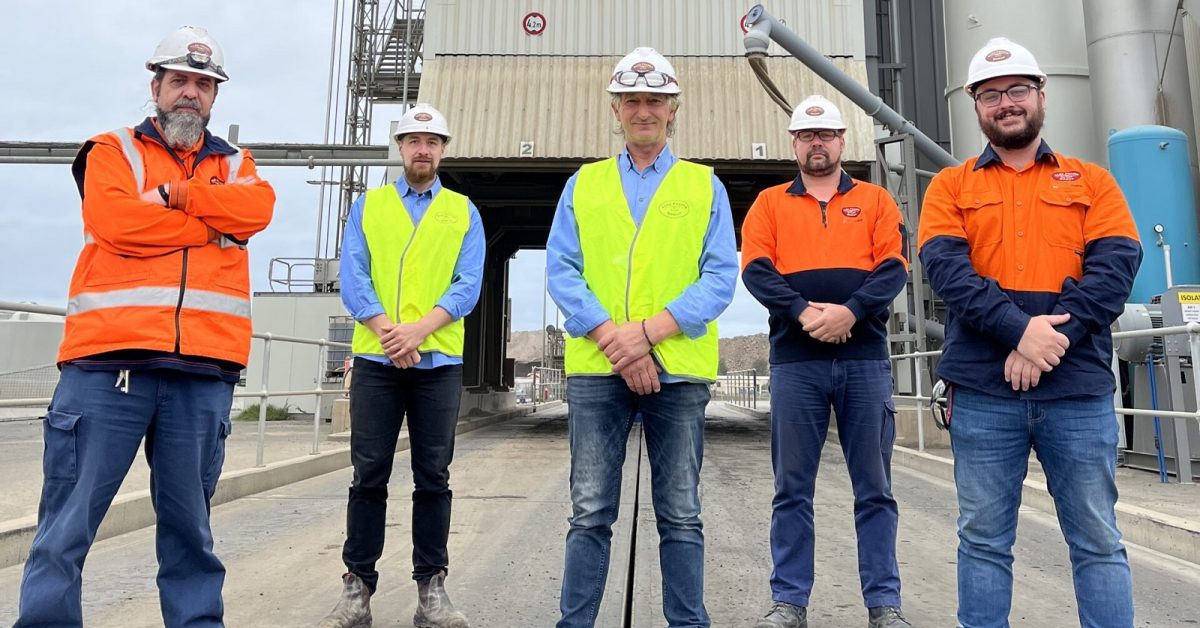 Alex Fraser’s state-of-the-art high recycled technology facility in Melbourne’s west has produced its one millionth tonne of asphalt. WMR finds out more about the facility and the milestone.

On May 31, 2019, following a 16-month build, Alex Fraser unveiled its high recycled technology asphalt plant, along with an innovative glass recycling plant at its Sustainable Supply Hub in Laverton North.

With the capability to produce asphalt mixes incorporating recycled glass, plastic and reclaimed asphalt pavement, the facility has been heralded as one of Australia’s greenest asphalt production plants.

Brendan Camilleri, Asphalt General Manager, says the achievement is a reflection of the hard work and dedication of the Laverton Asphalt team.

“It was a very proud moment for the team,” he says. “As the millionth tonne was loaded, we rang a traditional cow bell which was presented to us by the Ammann Group, on the day the plant was commissioned.”

Brendan says he is particularly proud of the team effort behind the milestone.

“It was a big and ongoing effort. The first year was especially challenging, as we were learning to use the new facility to its optimum, while servicing several major projects that demanded high volumes of material,” he says.

“It was all hands on deck, and a great team effort. I’m extremely proud of how our people came together.” 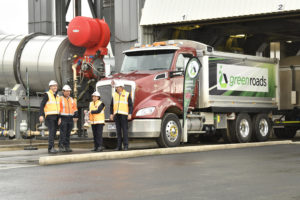 Asphalt produced by the Laverton plant has been supplied to major projects throughout Victoria, including the Western Roads Upgrade. Alex Fraser supplied more than 170,000 tonnes of road base and 200,000 tonnes of asphalt for the project. In total, the recycled glass equivalent of 190 million bottles was used.

The use of Alex Fraser’s sustainable construction materials on the Western Roads Upgrade helped to divert 264,800 tonnes of material from landfill and reduce carbon emissions by 1729 tonnes.

“The Western Roads Upgrade projects were the first major projects supplied by this plant,” Brendan says.

“They called for high volumes every day, so we worked closely with the Department of Transport and our clients to provide green roads asphalt with the highest possible percentage of recycled materials.

“The plant was active 24 hours a day, seven days a week, to ensure we could help our clients to achieve their demanding project timeline.”

The facility will be servicing more major projects in the near future.

“We have just completed supplying the Mickleham Post Entry Quarantine Facility and we are currently servicing the Hi Quality Eco Hub project in Sunbury. We have many more major projects in the pipeline too,” Brendan says.

As Brendan explains, Alex Fraser’s Asphalt team is focused on continuous improvement. He says there are big things on the horizon for the facility.

“The plant was designed for the future, and as soon as specifications allow, we have the ability and technology to vastly increase the percentage of recycled material in our green roads asphalt mixes,” he says.

“We are constantly diversifying our green roads range, to include glass, different types of plastic and other problem waste streams to help achieve better outcomes for the environment.

“We have a range of initiatives underway, including new green roads mixes which we expect to be launched this year. As a company that is part of Hanson Australia, we have some exciting sustainability targets we’re working to achieve within our Sustainability Charter. This means further expansion of our sustainable product range and energy saving initiatives to deliver even greater sustainable outcomes for our customers and communities.”