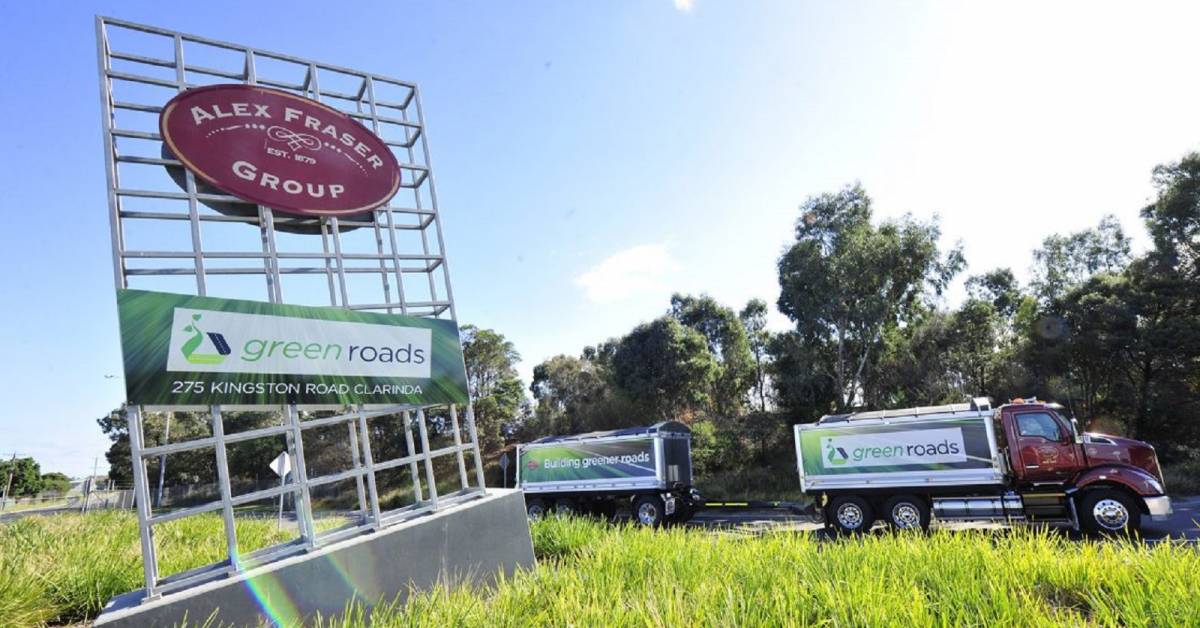 Following a review by an Independent Expert Advisory Committee, a ten year extension has been granted for the Clarinda Recycling Facility, providing a solution to the state’s recycling and resources crises, and securing jobs for around 50 Victorians.

Alex Fraser Managing Director Peter Murphy said the Clarinda Recycling Facility formed a critical part of Victoria’s network of world-class recycling facilities, with capacity to recycle up to one million tonnes of recyclables each year – around 25 per cent of Melbourne’s problem glass and construction waste. “Over the last few years, Victoria has been increasingly impacted by a resources shortage and a recycling crisis. A metropolitan facility with the recycling and supply capacity of Clarinda is needed more than ever,” Murphy said.

The sustainable construction materials recycled at Clarinda are in increasing demand for major infrastructure projects and for ongoing council maintenance work in Melbourne’s south east. The site supplies local council roadworks and Victoria’s ‘Big Build’ projects, including the Level Crossing Removal Projects, the Mordialloc Freeway and the Monash Freeway Upgrade. It is also ideally located to supply the planned Suburban Rail Loop and the Suburban Roads Upgrade.

Murphy asserts that the recycling facility makes a positive contribution to the local Green Wedge.

“Clarinda represents an important shift away from past landfill and quarry activities of the area and is a proven example of the circular economy in action.” The site is a former sand quarry that has been remediated and is now home to thousands of indigenous trees which, along with the water bodies, provide ideal habitat for dozens of native birds and frog species (38 species). In 2020, the Clarinda Recycling Facility was recognised as a 100% carbon neutral facility, with all emissions offset through the planting of native trees around Victoria.

Alex Fraser has been working with private and government agencies to identify suitable sites in the south east and will continue to do so.

The company has committed to continue its support of local community groups and initiatives, and its work with its neighbours, local schools and community organisations to further improve environmental outcomes.

In December 2019, the Minister appointed an Independent Expert Advisory Committee to deliberate this matter.

The full report from the Advisory Committee can be read here.