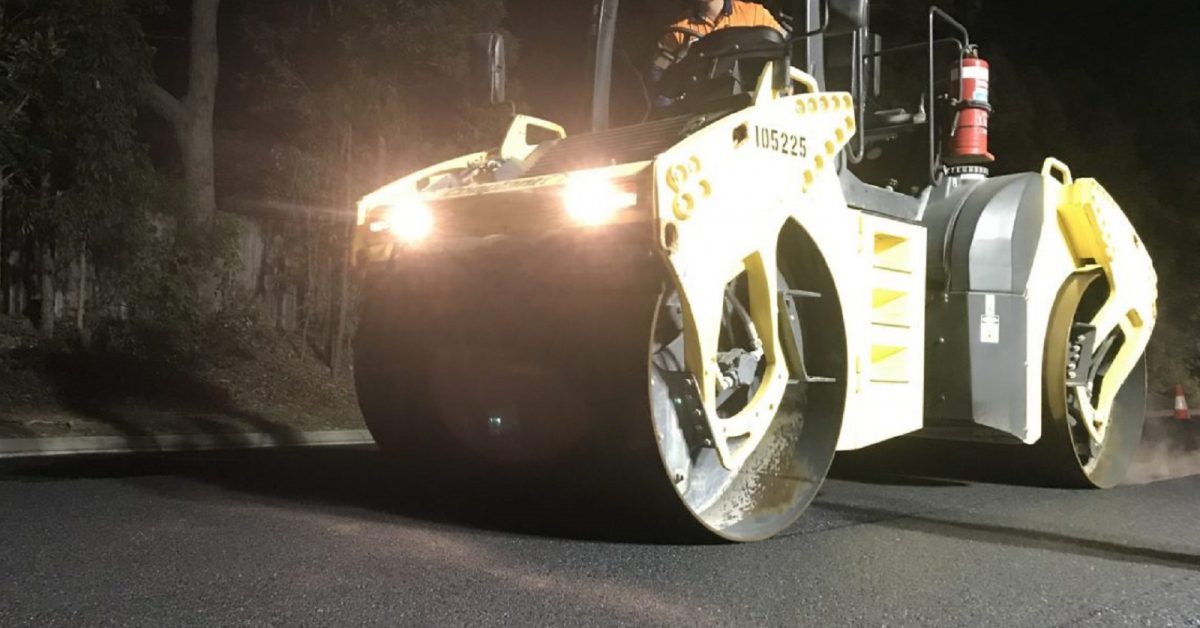 In a time where more councils are choosing to work with contractors that use sustainable materials in their projects, Moreton Bay Regional Council is making a commitment to use environmental mixes on all  future road resurfacing projects.

The movement towards prioritising recycled products in road infrastructure is increasingly gaining traction in the local government sector.

Towards the end of 2019, nine South Australian councils signed a memorandum of understanding (MOU) to prioritise the purchase of products made from recycled materials, including road and construction materials.

The Southern Sydney Regional Organisation of Councils (SSROC), which represents 11 member councils, followed with an MOU to develop a framework for regional procurement of recyclables in infrastructure. SSROC set a target to recycle 45 million glass bottles per annum, citing the Council of Australian Governments’ plan to ban the export of recyclable materials as a reason for the MOU.

Whether the ban itself is a damp squib that doesn’t directly amount to extensive recycling outcomes is a notion that may be better understood over time. Moreover, when it comes to waste streams such as tyres and glass, the impact of an export ban is negligible.

Small amounts of glass are exported per year compared to other waste at less than 20,000 tonnes in 2017-18, according to the Consultation Regulation Impact on phasing out certain waste exports.

Despite this, the symbolism of a ban is telling: using recycled product in local government road infrastructure projects is a high priority.

In Queensland, for example, Moreton Bay Regional Council has set its sights on working towards including recycled product in all its road resurfacing projects.

Towards the end of last year, Moreton Bay Regional Council resurfaced six Caboolture streets with PolyPave, an innovative, high-performance asphalt containing reclaimed plastics and pavement. Recycled materials leader Alex Fraser developed PolyPave and supported the successful uptake by a range of councils throughout Australia, including Victoria’s City of Yarra, the City of Bayside, the City of Maribyrnong and Queensland’s Redland City Council.

Sustainability is a priority for local governments, particularly those setting ambitious emissions reduction targets, and an evidence-based approach to performance is proving equally important.

Alex Fraser put its green asphalt through its paces. Following an intensive research and development phase, PolyPave was subject to extensive, independent testing by with a third-party, NATA-accredited laboratory. Importantly, this testing ensured PolyPave met Australian and Austroads asphalt standards, as well as the asphalt design testing required for mixes to be allowed by the Department of Transport.

Eddie Hopson, Team Operations Manager at Moreton Bay Council, says that when it came to the application of PolyPave, the primary driver was improving environmental outcomes while ensuring no reduction in performance.

“Recycling plastic is something the entire country has to become better at with the cessation of waste materials exports,” Mr. Hopson explains.

“Moreton Bay Regional Council is the third-largest local government in Australia which leaves us in a good position to not only make economically sound decisions, but also ensure we leave our environment in a better place for our children.”

The project will see around 1400 wheelie bins worth of waste reused in the roads, including 112 tonnes of reclaimed asphalt and about 14,000 hard plastic bottles, such as milk and shampoo bottles.

“The fact is it’s not only recycled material. It also offers improved durability, and a longer life expectancy of the asphalt pavement – it’s a win-win,” Mr. Hopson says.

More than 15 streets have been paved with PolyPave to date. The council is also investigating its use on resurfacing works delivered by Suncoast Asphalt on its entire future resurfacing program.

Carbon savings are a key benefit driving the councils’ choice, with PolyPave achieving up to 48 per cent less carbon emissions, with 7.7 kilograms per tonnes, compared to conventional asphalt. The project alone has saved more than 770 kilograms of carbon emissions.

Alex Fraser and Suncoast Asphalt’s General Manager Brendan Camilleri says the company has seen a huge uptake of PolyPave in Victoria and Brisbane, where the product aligns with nearly all local government environmental, infrastructure and procurement policies.

“Some of these councils are using PolyPave on their entire road maintenance program,” Mr. Camilleri says.

He says that most councils Alex Fraser works with are conscious of climate change and their responsibility to make sustainable choices.

“They are keen to use asphalt products that incorporate recycled materials, especially when those environmental benefits are coupled with improved performance and longevity. It not only reduces their carbon footprint, but reduces the long-term cost of road maintenance for ratepayers.”

In addition, Moreton Bay Regional Council is working with a number of other road construction contractors with increased reclaimed asphalt pavement, glass and crumbed rubber content.

Mr. Hopson adds that both council and manufacturer need to manage risk accordingly to ensure recycled products can be developed further and become more economically viable.

“I think that the symbiotic relationship between manufacturer and local government is important,” Mr. Hopson says.

“As more councils begin to use recycled products, we’ll see a shift towards a stronger circular economy and far-reaching environmental benefits across multiple local government areas.”

“There’s an acceptance and drive by council to use environmental mixes on all roads in the future and we want to be at the forefront of change, whether it’s PolyPave or other products including glass and crumb rubber.”

A RMIT lifecycle assessment estimated that by simply switching to using a green asphalt mix like PolyPave, projects could save up to 11 kilograms of carbon per tonne of asphalt. These savings come from the reduced emissions associated with substituting natural resources with locally sourced recycled materials and the use of energy-saving manufacturing practices, like warm mix technology.

Mr. Camilleri says that PolyPave is the ideal solution for councils looking for ways to contribute to a circular economy, reducing the strain on limited natural resources and the carbon footprint of their roadworks.

“It’s also an excellent demonstration of what can be achieved from councils’ own kerbside recycling programs,” he says.

“Two of the first local governments to use PolyPave reported an overwhelmingly positive response from their residents. People were impressed to discover the waste they put into their yellow wheelie bins was diverted from landfill and actually recycled into something of value that was being reused in new roads that will last longer.”

Mr. Hopson says the council’s goal is to use environmental mixes on all Moreton Bay road resurfacing in the future.

“We’re ramping it up and certainly looking at more opportunities for next year. Environmental asphalt is the way of the future.”

You can read more about the sustainable work we’ve completed on the Moreton Bay resurfacing project in Greener Roads for Moreton Bay.