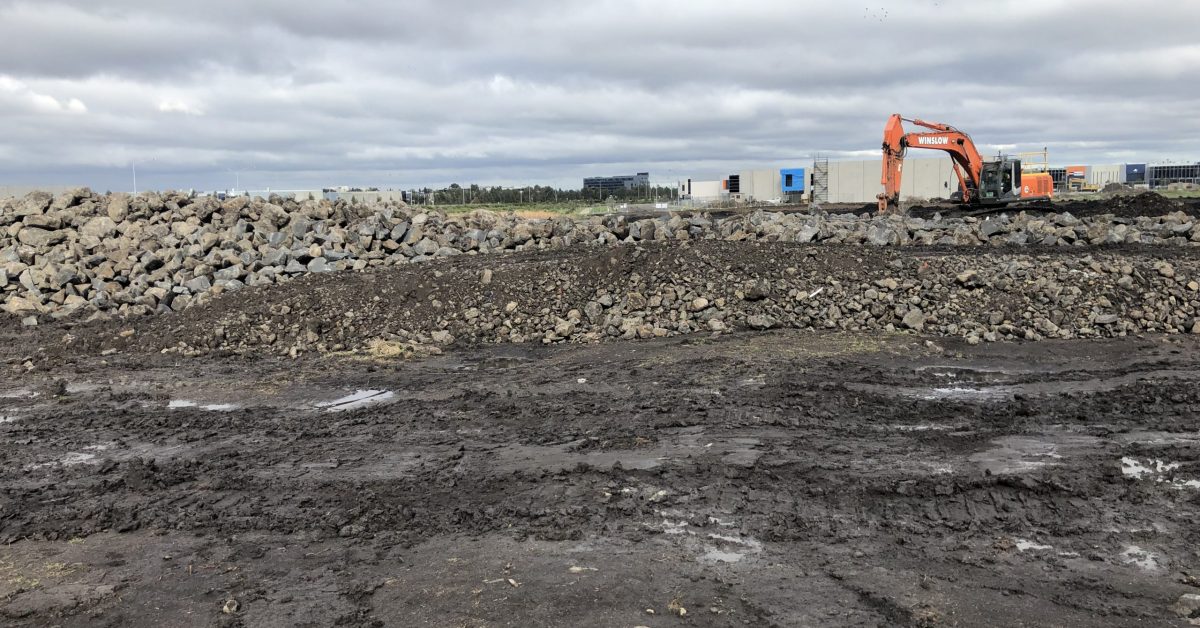 Northern Key Account Manager Natalie Montalto said it was great to be awarded the supply project for the northern region’s leading industrial and commercial hub, along with a significant volume of incoming material.

Winslow Constructors Senior Project Manager Mark Russo said it was an easy decision when it came to choosing a supply partner on this project.

“We’re working with Alex Fraser on this project because they’ve proven that their service levels and capacity to deliver are second to none. Their ability to consistently deliver 2000 tonnes per day isn’t even a question.”

“To top it off, we know we’re getting quality products that are competitively priced, with a green edge,” said Mark.

By choosing Green Roads products on this project, Winslow Constructors and Azzona Drainage have saved: