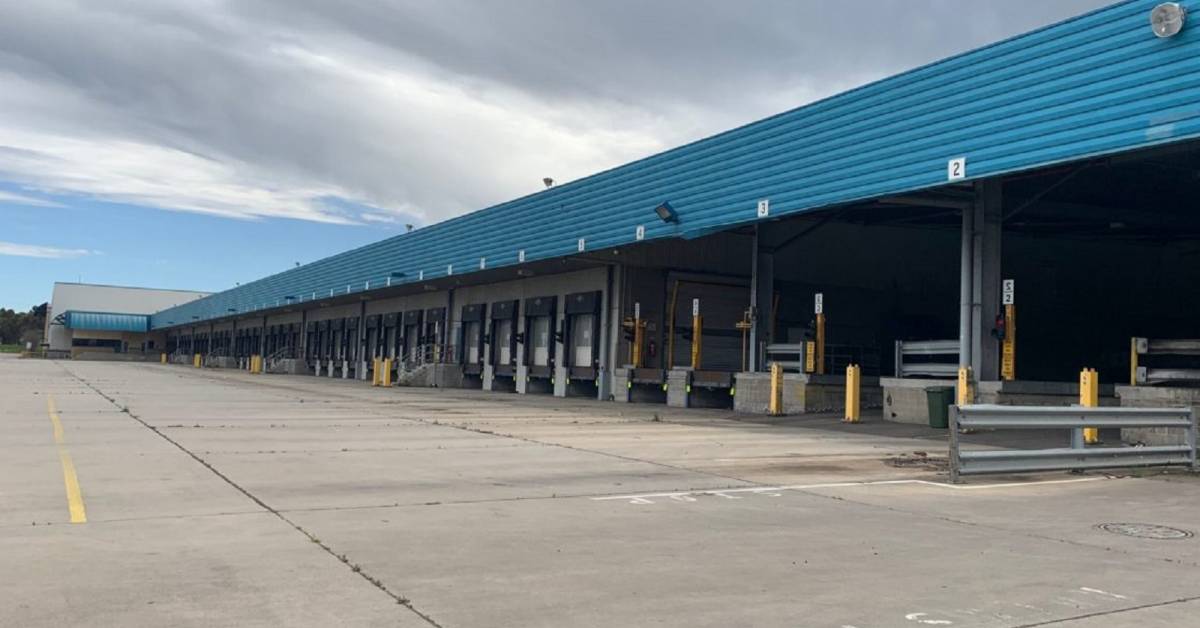 This former distribution centre will be demolished to make way for a new logistics estate.

In 2018, a major supermarket distribution centre in Melbourne’s northern suburbs closed its doors, after being replaced by a new automated facility in Melbourne’s south-east. Ivanhoé Cambridge and LOGOS purchased the vacant Broadmeadows site earlier this year, with the vision to redevelop the former Woolworths Distribution Centre into a logistics estate to support e-commerce, distribution, food suppliers and cold storage.

Mann Group Vic won the demolition tender for the project, involving safe asbestos removal and the disposal of tonnes of concrete and asphalt. Thousands of tonnes of materials will be recycled in this extensive recovery project.

To achieve the best sustainability outcome of the enormous demolition, Mann Group joined forces with Alex Fraser to safely recover and recycle thousands of tonnes of steel, non-ferrous materials, asphalt and concrete.

The recovered demolition materials will be processed at Alex Fraser’s Epping Recycling Facility where they will be transformed into quality construction materials needed to build roads and infrastructure, including the nearby M80 Upgrade.

“We were awestruck by the sheer volume of recyclable product in this project.  We’re very excited to be working with Alex Fraser’s Epping Recycling Facility to recycle it locally, and see it reused in local projects like the M80. This mammoth recovery project will save around 48,000 kilometres of truck movements.

“We are aiming to recycle 99 per cent of all waste produced through this demolition. This is a significant contribution to any environmental rating our client is hoping to achieve, whether it be a GBCA Green Star Rating or a GRESB benchmark rating.”

Alex Fraser Recycling GM Sean McCormick said this was another project that would showcase Mann Group’s core capability to safely and efficiently demolish large-scale, high level structures, along with its commitment to sustainable practices that reduce carbon emissions and landfill.

“It’s fantastic to be working with Mann Group Vic again on such a significant project. It’s projects like this and companies like Mann Group who strive for sustainable outcomes that enable Victoria’s circular economy,” said Mr McCormick. Mr Horsey explained that Mann Group continues to choose Alex Fraser because of the company’s alignment on sustainability, and reliable service offering.

“Alex Fraser are the market leaders of the industry. Their services are customer-focused and user-friendly. Their longstanding commitment to innovative recycling practice gives us complete confidence that our waste product is being responsibly recycled and reused to build greener roads.”

Scheduled for completion in 2021, this Mann Group project aims to divert more than 120,000 tonnes from landfill. Local recycling and reuse of the recovered materials will save approximately 48,000 kilometres of truck movements, and reduce carbon emissions by an estimated 587,640kg.

Read about some of our other projects here: