Are you driving on a Queensland Green Road? 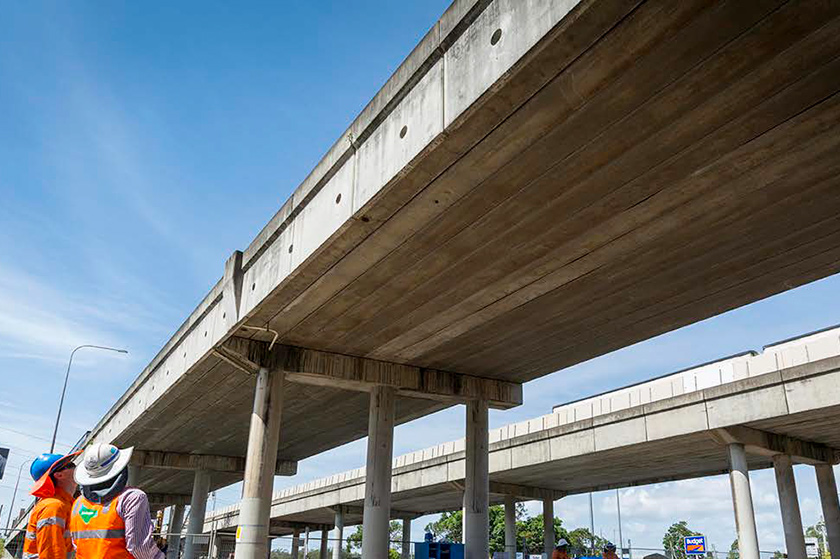 Did you know the Bruce Highway, Gateway Upgrade North and The Clem Jones Tunnel have all used recycled materials in their construction? Below we share how these major Queensland projects saved carbon and precious natural resources to become green roads. 5,500 tonnes of recycled concrete pavement material was used in the Bruce Highway construction.

The Bruce Highway is one of Australia’s major highways and links Brisbane and Cairns. The road is heavily trafficked, carrying 1,500 vehicles per hour. Gateway Upgrade North is the third Alex Fraser project to achieve an IS design rating of excellence.

The Gateway Motorway North is a critical transport corridor to the northeast of Brisbane that links Brisbane Airport, Port of Brisbane and the Australia Trade Coast precinct with the wider Brisbane area and Sunshine Coast.

Alex Fraser supplied aggregates, crusher dust and roadbase materials through civil constructor Lendlease. The use of Alex Fraser materials resulted in 171 less truck movements resulting in a saving of 170 tonnes of CO2 from entering the atmosphere, which is equivalent to saving electricity usage of 26 households for a year.

The Gateway Upgrade North project was awarded an Infrastructure Sustainability (IS) design rating of excellence.

The successful certification of Gateway Upgrade North (GUN) with an IS Excellent Design rating was showcased on 25th of August 2017. The event was organised by the Queensland Working Group and was hosted by Lendlease.

GUN is the first major project in Queensland to achieve an IS Design certified rating and the first pilot for Department of Transport and Main Roads (TMR) to pursue an IS certification. The leadership that TMR and Lendlease have shown in pursing this rating for the first time has provided a catalyst for the Queensland market to drive for and achieve more sustainable outcomes through using the IS rating scheme.

GUN is the third Alex Fraser project to achieve this rating, along with Citylink Tulla Widening and Webb Dock West. A cost saving was seen of an estimated $570,000, and 725 less truck movements. The use of recycled materials also prevented the extraction of 120,000 tonnes of natural resources, saved more than 100,000 tonnes of waste from going to landfill and reduced carbon emissions by around 1,000 tonnes.