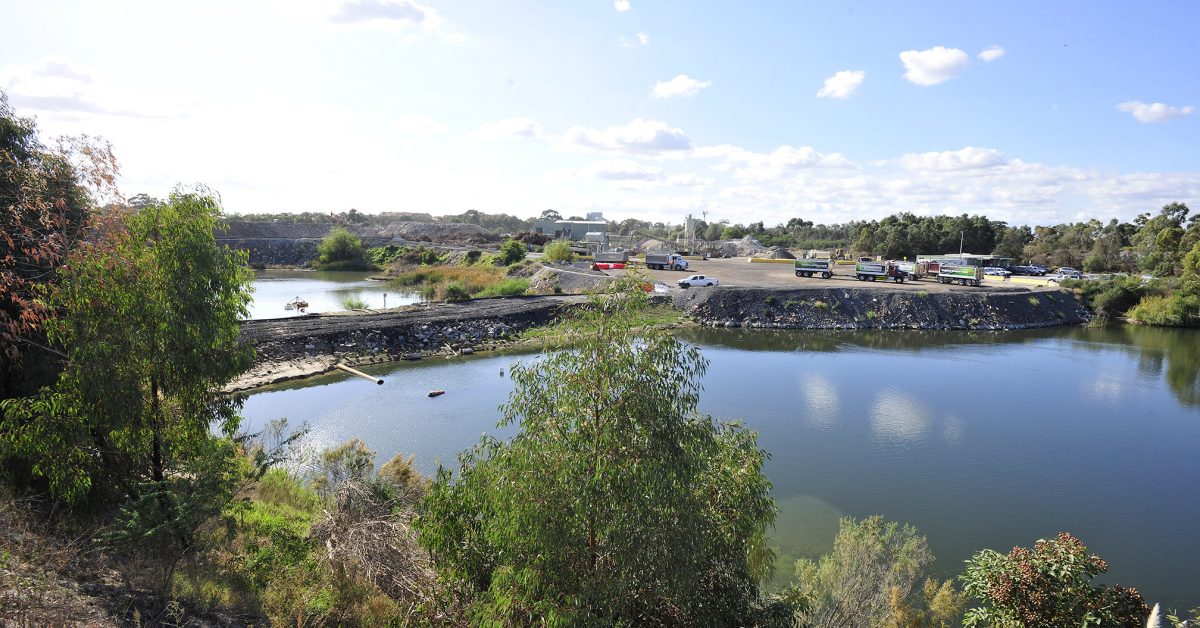 In 2015, the construction of the Dingley Bypass resulted in an unlikely challenge for Clarinda Recycling. The new arterial cut off historical ground water flows to the site’s dams, immediately reducing water availability and increasing costs.

Clarinda sits in a sand basin where its dams had always naturally refilled every winter; until the surrounding landscape changed significantly.

Site Manager Adrian Mayall said the team needed to find an alternative water source that would provide around 45 mega litres a year to run the site effectively.

“At $3,700 a mega litre, buying mains water wasn’t a viable option, and the water bores weren’t able to produce enough to replace the shortfall,” he said.

“We came up with a plan to harvest storm water from the drain that runs along the site’s western boundary, but our application was rejected by the water regulator because a 150 mega litre license was already issued to another company.

“It turned out that pumping license was held by Hanson, who previously owned the Clarinda site. We took over the license in June and have since diverted 38 mega litres of storm water with our new electric pumping and system, a big step up from the old diesel pump. That’s effectively saved dozens of megalitres of mains water and thousands of dollars,” said Adrian.

When nutrient rich waste water (from farming, etc) is flushed into waterways, via stormwater drains, it can increase water oxygen levels leading to the growth of blue/green algae. An added bonus of harvesting storm water into Clarinda Recycling is that the site effectively filters the waste water, preventing any environmental impact on the natural waterways. This recycled water is then used on site to suppress any dust and produce road base blends to market specification.