Are you driving on a Victorian Green Road? 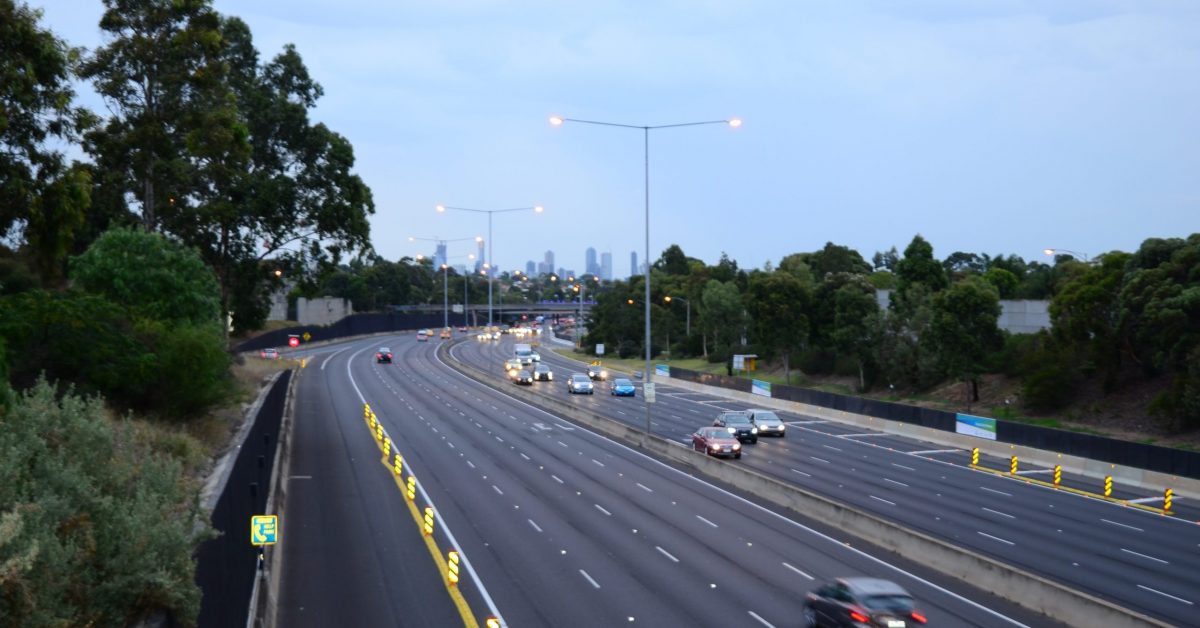 Did you know we’ve been recycling construction materials to build green roads for more than 30 years?

During this time, Alex Fraser has produced more than 40 million tonnes of recycled materials and supplied more than 240 major projects. So chances are, you’re regularly driving a Victorian green road but might not know it!

Many of Victoria’s major freeways, arterials and roads have been constructed with environmentally sustainable recycled materials. Here’s a few of our more well-known projects below. The Tullamarine Freeway, linking Melbourne’s Tullamarine Airport with the CBD and the West Gate Freeway, is one of Melbourne’s most heavily used roads. It carries approximately 210,000 vehicles per day and this number is projected to increase to 235,000 by 2031.

By using our materials, 1,000 tonnes of carbon was saved from entering the atmosphere and 430 less truck movements.

Awarded an IS design rating of excellence. The M80 is one of Melbourne’s busiest freeways, carrying approximately 110,000 vehicles per day. Alex Fraser was the primary supplier of roadbase materials for two sections of the project, supplying class 2, 3 and 4 recycled concrete for road pavement base and sub base layers.

A total of 143,000 tonnes of recycled concrete was supplied to build this Green Road, resulting in a saving of 12,000 tonnes of material, or 297 less truck loads, and a carbon saving of approximately 921 tonnes.

This 185,000m2 roll-on-roll-off site sees up to one million vehicles pass through the terminal over the course of a year.

Alex Fraser Asphalt then supplied nearly 30,000 tonnes of both deep and thin lift asphalt, which included a high percentage of recycled content. This Green Road saw a saving of 520 less truck loads and a carbon saving of approximately 1,567 tonnes.

Awarded an IS as-built rating of excellence.

EastLink is a tolled section of the M3 Freeway, linking a large area through the eastern and
south eastern suburbs of Melbourne.

Alex Fraser supplied 20mm class 3 cement treated crushed concrete and 20mm class 4 crushed concrete road base materials for the main alignment in both the Dandenong and Frankston sections of the project. This Green Road included base layers directly under asphalt, capping layers and bedding material.

Over 200,000 tonnes of recycled concrete materials were supplied to the project and resulted
in a saving of 17,000 tonnes of material, or 412 less truck loads, and a carbon saving of
approximately 1,265 tonnes. Peninsula Link was completed in January 2013 where Alex Fraser supplied approximately 300,000 tonnes of recycled road base for the 27-kilometre road link between the EastLink Freeway at Carrum Downs and the Mornington Peninsula Freeway at Mount Martha.

Choosing Alex Fraser recycled materials resulted in a saving of 26,000 tonnes of material, or 644 less truck loads, and a carbon saving of approximately 1,958 tonnes.